I`m doing a scratch build from parts for my current KR1 and I have been giving some thought to footrests...

As new OE parts have been discontinued and used ones are becoming increasingly difficult/expensive to find, I have come up with this solution which uses the major parts of a readily available adjustable rearset kit mounted on custom made adaptor plates which give the same footrest position as the stock KR1 set.

The front arm of the gear linkage comes from a Triumph 675 - it is a readily available `pattern` part.

This is just a first bolt up to see how it looks, ultimately I will probably use a different Nissin master cylinder with a bit less offset (CBR/VFR etc would be suitable and easy to obtain) as I don`t like the angle of that pushrod - also on the agenda is a folding footpeg for the right hand side.

I`d like to know what anyone thinks of this - if there`s any demand I can produce a batch of these kits, either as shown or in a version which has both standard and rearset footrest mounting positions for road or track use.

That looks like a good idea Rick. I'm sure anyone building a 'special' would be interested in a pair of foot-rest adaptors, so they could fit any of a large range of non-standard foot-rests to a KR-1/1S.

If you supplied the adaptors drilled to suit the KR frame mountings but otherwise 'blank', there would be plenty of scope for fitting other types of foot-rest in a variety of positions. I'm not really in the market myself (well, not yet), but no doubt responses from others will let you know whether manufacture is a worthwhile proposition.

.
.
I wonder why there is not a database for every bikes footrest mounting pitch.
with all the bikes we collectively own, we could start one.
eg knowing that NC35 fits NC30 that GSXR K6 fits could swap to CBR etc
Top

Excellent idea - so who`s going to volunteer to sneak into SES at dead of night and do some industrial espionage...?

Seriously though, we probably could assemble a fair bit of data between us...
Top

.
.
I see your adjustable footrests 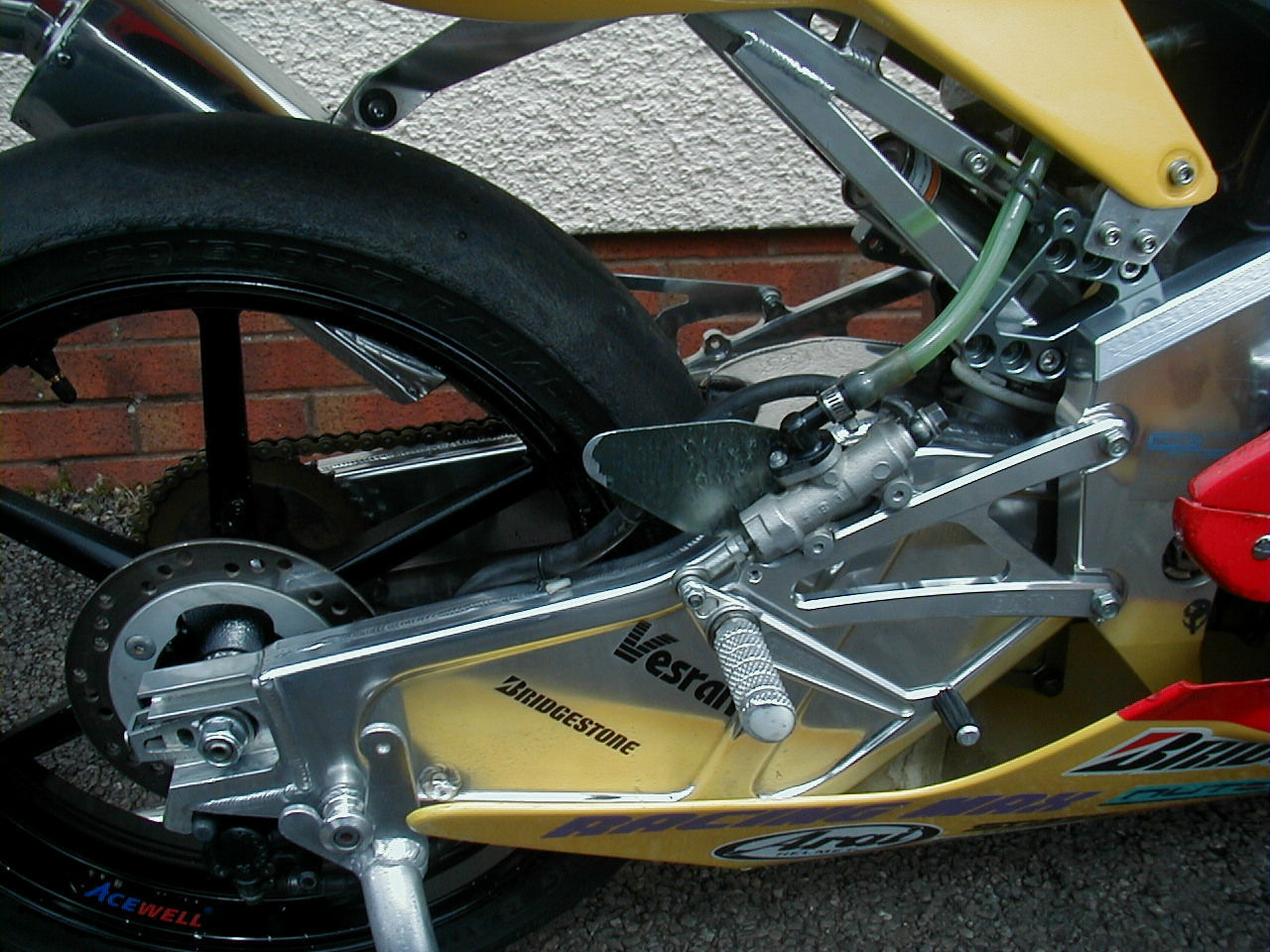 VFR750 master cylinder gets the angles right and is the same bore (1/2") as the original KR1 cylinder...

Return to “Steering and Suspension”